Homes for sale in Waterford VA

Homes in the Waterford area offer gorgeous scenery and mountain vistas within close proximity to Leesburg VA and points east. Waterford, VA is a very desirable area with much to offer its residents. Located in Northern Virginia, Waterford is a desirable place to call home.

Waterford is an unincorporated village in Loudoun County, Virginia, located along Catoctin Creek.  It is conveniently located 47 miles northwest of the nation’s capital and 7 miles northwest of Leesburg.  It is just minutes to the Dulles Expressway, for expedient access north to the Washington Beltway to Maryland and south to other areas of Virginia or the George Washington Pkwy to our nation’s capital and the Pentagon.  The entire village of Waterford and its surrounding countryside is a National Historic Landmark since 1970.

With their estimated population of 1,743, a 71.71% increase in growth since 2000, Waterford is largely residential, although a number of businesses are based in the village.  The Loudoun Mutual Insurance Company has been located in Waterford since 1849.  Several vineyards are in the area including The Village Winery,  8 Chains North, Loudoun Valley Vineyards and Corcoran Vineyards.  The wine production in Waterford, and all of  Loudoun County,  is playing an increasingly important role in helping to sustain this serene environment. The median income in Waterford is $145,564.

Amos Janney, a Quaker from Bucks County, Pennsylvania established Waterford around 1733. Purchasing 400 acres, in the 1740’s, on the south fork of Catoctin Creek, Janney established a grist mill and sawmill.  With the success of the mills, the town grew quickly as a center of commerce for grain growers and became known as “Janney’s Mill” until the 1780’s.  In 1947, Amos Janney died and left his estate to six sixteen year old son, Mahlon.  The village grew, as did the mill with Mahlon replacing the original building with a second story one.

By the 1790’s, the village was known as Waterford, named after where several of the founders had come from, Waterford, Ireland. People continued to come to the area from Pennsylvania, as Quakers and were followed by Presbyterians, Methodists, Lutherans and Baptists. Waterford’s population also included African-Americans, both enslaved and free and became the second largest town in Loudoun County previous to the Civil war.

By the start of the Civil War, the community consisting of pacifists, opposing war and violence and abolitionists, trying to end slavery, remained loyal to the Union throughout the war.  On August 27, 1862, Waterford was the scene of a fierce fight between the county’s Unionist, the Loudoun Rangers and the White Rebels, Confederate partisan units.  The Fight at Waterford, was a surprise encounter with the newly formed Loudoun Rangers at their camp in Waterford, capturing nearly the whole unit, thus resulting in a Confederate victory. The action was the first significant partisan fighting in Loudoun County. 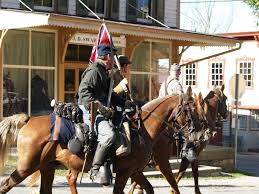 In 1943, descendants of village families and newcomers interested in preserving the buildings, traditions, and rural character of the village of Waterford formed the nonprofit Waterford Foundation.  Waterford has become known for its Homes Tour and Craft exhibit.  This annual event takes place the first weekend in October, where this historic village welcomes fairgoers from around the world.  For three days, it is entertainment with a purpose:  a little history with a whole lot of fun.  There are reenactments by Colonial and Civil War-era militia, cavalry and historical interpretations of historic village life, hands-on demonstrations of traditional American crafts and there is music everywhere; string bands, troubadours, barbershop, gospel, classical, folk, and traditional.  All increasing the public’s knowledge of life and work in an early American rural community. 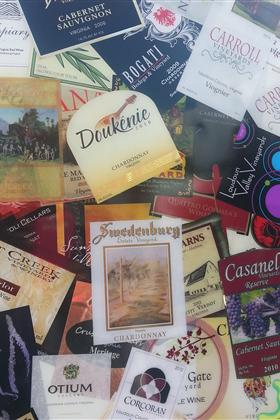 Find Out How Much Your Waterford VA House Is Worth